China’s Soft Power Through Humanitarian Aid in Myanmar and Indonesia

For centuries, the quest to control and influence Southeast Asia to its advantage has been a goal for many a major power, both regional and global. The territory has been coveted for its geostrategic assets including the economically significant waterways where transitions 60 per cent of international maritime trade. Equally as attractive, underwater fields containing 290 trillion cubic feet of natural gas have been detected and the seas account for approximately a tenth of the global annual fish catch. The United States, India, Japan, South Korea and Taiwan were prominent influencing powers in the region as China, although geographically close, was closed to the global community under Mao. However, the 1989 incident in Tiananmen Square marked a pivotal turning point for China under President Deng Xiao Ping towards modernisation and its repositioning as a participant in the global economy. The new “Open Door” policy for economic growth came with the establishment of a “good neighbour” strategy, whereby China started to actively improve relations with the countries in its immediate periphery and persuade them of Beijing’s peaceful intentions regarding its rise to power. Southeast Asia was from then on considered a pilot area and regional platform for China to test strategies that would be subsequently carried out globally, ultimately to emerge as a major world power. 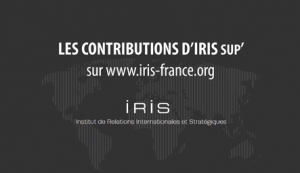